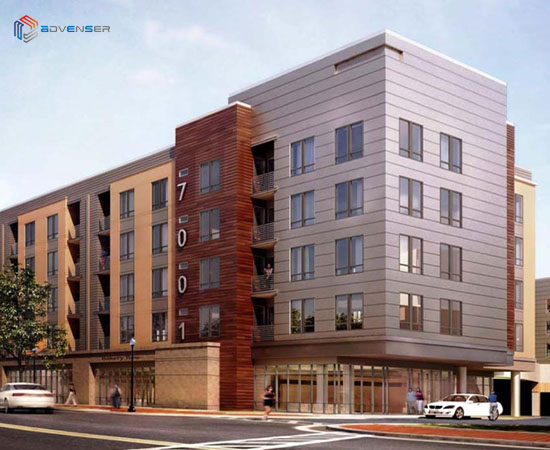 7001 Arlington Road project was executed with a Turnaround time of over 5 months with the intensity of work performed depending necessarily on the stage of the project. A project-based pricing model was adopted based on the estimated hours involved for Advenser’s activities. Monthly invoices were raised proportional to the progress of work performed.

This construction project involved a 150,000 sq. ft. residential and commercial building including 140 multi-family dwelling units with 15% MPDUs as well as 7,000 square feet of retail space along the Arlington Road property frontage. Advenser’s scope of services in the project consisted of modeling, clash detection and preparation of coordinated drawings for all architectural, structural, mechanical, plumbing and electrical components for all floors of the building. The design drawings for all trades were furnished as inputs in both cad and pdf format using which Advenser created a coordinated architectural & structural 3D model as the initial phase which was then used for MEP modeling which formed the second phase. The queries/assumptions were prepared as issues or RFIs in a predefined template and submitted for the client approval. The issues were tracked using Issue tracker and a lead time was specified within which the RFI had to be responded satisfactorily. Coordinated BIM model and Bill Of Quantity formed the deliverables for the project. Modeling of all elements was done using Revit and coordination/ clash detection were carried out using both Revit and Navisworks Manage. 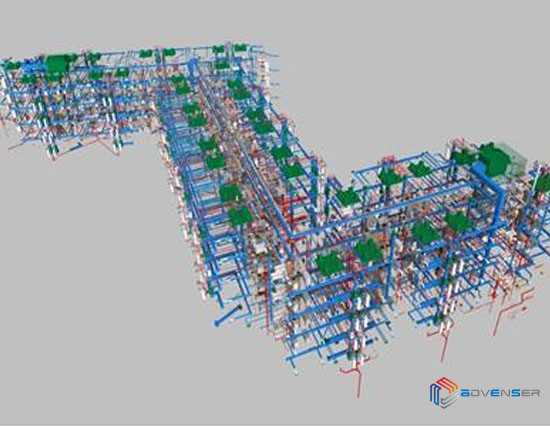