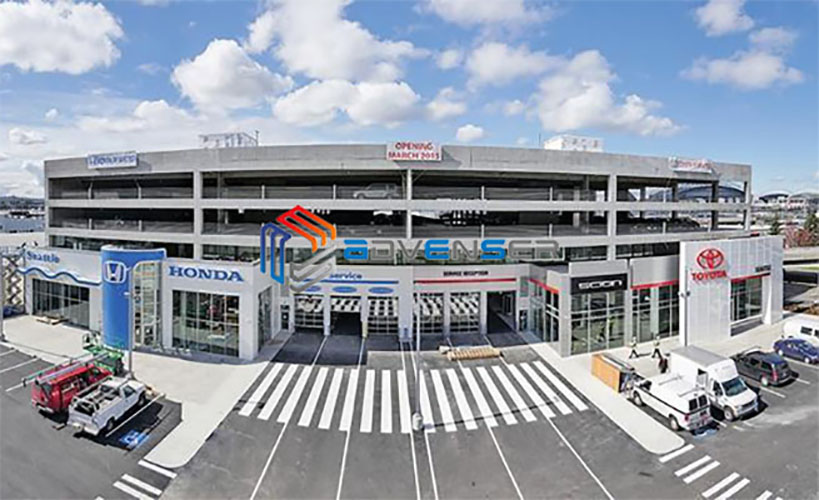 The client for Honda-Toyota Showroom was an MEP design consultant and the scope of work for Advenser involved design development support to the client’s tasks. Hence a dedicated team of qualified CAD engineers were engaged and the billable hours were tracked on a real-time basis and invoiced.

The Honda-Toyota facility project in Seattle covering an area of 480,000 sq. feet required Advenser to model, coordinate and use this model for all other future showrooms. Advenser had to start this project from scratch which meant our team received Engineer’s hand sketch (Redlines) as input and was to work closely with client’s design engineers to prepare the initial drawings for approval. The Architectural and structural models were developed first by Advenser team. The MEP elements were then modeled using Revit software. Coordination and clash testing were carried out with Navisworks Manage. Major challenges were faced in routing the long sloped pipes in the building with limited ceiling space and, we had to think about another option which was beam sleeves. The queries/assumptions were prepared as issues and submitted for client approval. Issues were tracked through their project management interface. Final deliverable submitted by Advenser included the coordinated set of drawings along with proposed sleeve drawing in Revit and pdf format for approval. 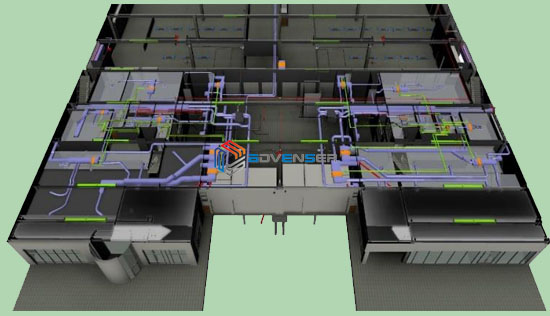 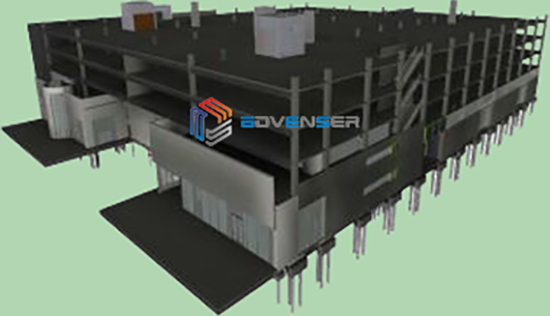