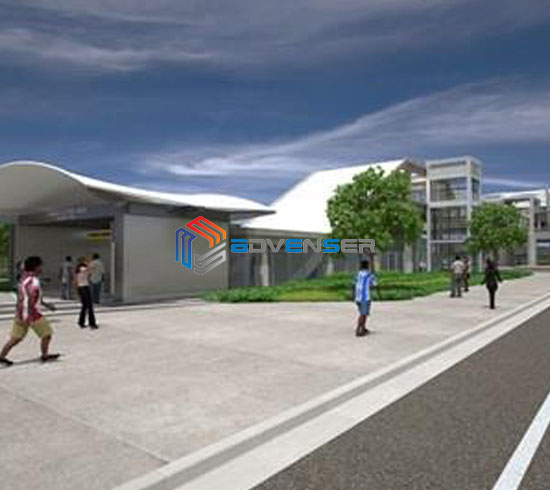 West O’ahu Station Group project contained a set of stations and out of that we got a chance to do the BIM of three stations named East Kapolei, UH West O’ahu, & Ho’opili stations. Detailed scope included modeling of Architectural, Structural and MEP services. The architectural and structural BIM were developed in LOD 300 so that it can be used for coordination with other services. MEP services included duct, refrigerant pipes, plumbing, fire alarm & electrical. Level of detailing was LOD 300.

BIM modeling was accomplished using Revit software whereas co-ordination and clash detection were carried out using Navisworks Manage as well as Revit. Client reviewed the models using Navisworks software and their comments were marked in the Navisworks files itself.

Inputs received for the project included design drawings (Issued for Construction documents) in CAD. 3D models for all elements were developed from the design drawings for coordination which was then coordinated with the Architectural and structural 3D model. Conflicting spatial data in the model that could not be resolved by the team was notified to the client through written RFI highlighting the location of the conflict. The Issues were tracked using the Issue tracker. Coordinated set of MEP coordination drawings and Clash free BIM models were finally submitted to the client as final deliverables. 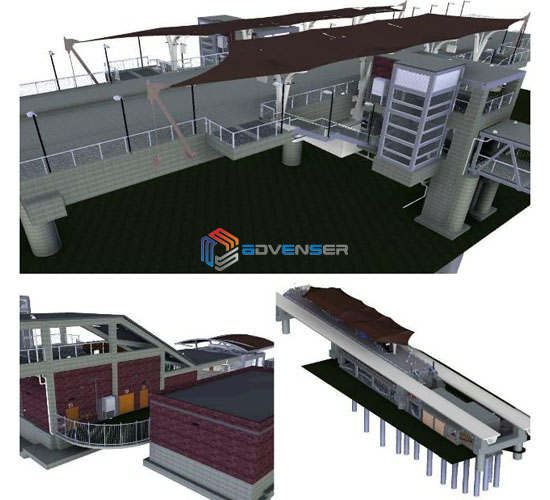